good food and good friends … the best recipe for happiness 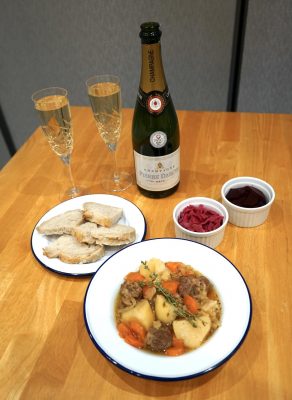 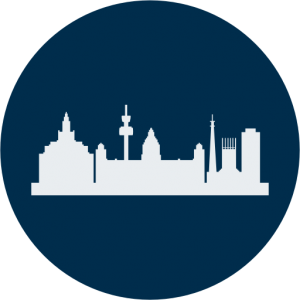 (And a vegan Scouse version.)

This is the first recipe that I am posting and it is one that is dear to my heart. I want to share with you the recipe for an authentic pan of Scouse.

I’ve seen some horrific recipes on the internet that bear no resemblance whatsoever to genuine Scouse. This is the real deal!

Liverpudlians are known the world over as ‘Scousers’, named after the traditional stew of meat and vegetables, which we are famous for. Liverpool is a seaport in the North West of England in the UK. The word ‘Scouse’ originated with the word ‘lobscouse’ which was a stew made by Scandinavian sailors who visited the port, possibly as early as the 17th century.

It has always been a poor person’s dish. It is very similar to Irish Stew, which is unsurprising due to the large population of Irish people who emigrated to Liverpool, particularly during the 18th century at the time of the Irish Potato Famine, which started in 1845.

At times of hardship, people would make Scouse without any meat in it. In fact, there has always been a specific name for Scouse that does not have meat in it. It was traditionally called ‘Blind Scouse’. For our times I think it is more appropriate to rename this as ‘V Scouse’ as it is a dish of vegetables, herbs and water and is therefore both vegetarian and vegan. It is a very warm and comforting dish for Veganuary.

The recipe for Scouse is probably the most controversial recipe that I will ever post, as everyone in Liverpool has their own recipe and method. The city has two football teams (Liverpool and Everton), two cathedrals (the Anglican Cathedral and the Metropolitan Cathedral) and a very lively political scene, but nothing causes more debate than the best way to cook a pan of Scouse!

Key points of debate include: the type of meat, the type of vegetables, the cooking liquid, the method of cooking.

My recipe is an amalgamation of my mum Alice’s recipe and my mum-in-law Audrey’s recipe. With my own personal addition of beer.

The first issue is what type of meat to use, lamb or beef. Our mums both always used lamb, so in our house it’s lamb. I know that lamb can be quite fatty, but you can always skim off any fat in the cooking liquid. I don’t because I think it adds to the flavour. Cheap cuts of meat are the best to use. I always use a boned shoulder of lamb and cut the lamb into large chunks.

If you are using beef, you need to use a cut with some fat in it, as that adds to the flavour and keeps the meat tender. The best cut of beef for stewing is chuck steak. Supermarkets will usually sell these cuts labelled as ‘braising steak’ or ‘stewing steak’.

Secondly, what type of vegetables to use? For me there is only one Holy Trinity of vegetables for Scouse: carrots, onions and potatoes. Some people add swede or turnip but I think they have too strong a taste, especially if you are using lamb. Never, ever use celery. I also use fresh parsley and thyme. When I made the recipe to photograph for this post, I was lucky that my home grown herbs had survived the winter weather. However, dried herbs work just as well.

There is also a great deal of contention about which type of potato to use. I use an equal amount of King Edwards and Maris Piper. The King Edwards are very floury potatoes that disintegrate. I choose these as they fall to bits and thicken the Scouse. I also use Maris Pipers as these are firmer and hold their shape and give you a good chunk of spud to bite into. So you get the best of both worlds.

The cooking liquid. I have seen some horrors on the internet with recipes that add various ingredients to the cooking liquid such as graving browning (God forbid) or Worcester Sauce (the clue is in the name – it has nothing to do with Liverpool and should never be added to Scouse) or various  forms of stock. All I can say is ‘No’! Scouse should cooked in good old tap water. Though I also add a bottle of beer which gives a depth of flavour to the finished dish.

Ideally, I would prefer to choose a locally brewed beer. Liverpool has a great tradition of brewing local beer since 1858 when the famous Cain’s Brewery was founded by Robert Cain. However, when I came to do this blog post I realised I’d drunk all of my local brews. So I had to use what was in the supermarket.

There are some great local craft brewers in Liverpool who are currently selling their beers on line and I would recommend them all. If you wish to make a ‘V Scouse’, then Liverpool based brewing company, Neptune Brewery, states on their website that ‘Our beers are cask, keg, and can conditioned, unfined, unfiltered, and vegan friendly’. Liverpool breweries and their on-line shops can be found here:

This suggests that it should be stewed in a pan on top of the stove. I imagine in years gone by that it would have been made in a cooking pot or pan and put on the fire to cook. You could put it in the oven, but that just doesn’t feel right to me.

Also, my method is probably a bit controversial, as both my mum and mum-in-law use pressure cookers. You don’t have to use a pressure cooker. Choose whatever method is easiest for you: pressure cooker, pan on top of the stove, dish in the oven. I have put instructions for the various methods in the recipe.

In the photos, I’ve used a champagne cork to give some idea of the size for cutting the vegetables. A champagne cork is about 5 cm long. Scouse should be served with beetroot, pickled red cabbage and some crusty bread to mop up the juices.

On this occasion, we served it with a bottle of champagne, appropriately a bottle of Pierre Darcy’s (no relation) champers, as we were celebrating a number of things: cooking for this first blog post and also celebrating because Scouse Mrs D had just typed ‘The End’ on her first romantic novel – two little words I had been waiting to hear for some time!

We were also celebrating Global Scouse Day which is an annual event held on 28 February each year, which celebrates the city of Liverpool and the famous stew ‘Scouse’. There are usually many events held which raise money for charity.

Today we will all be celebrating at home but we can still raise money for this year’s charity The Paper Cup Project, which supports homeless people, by donating at their Go Fund Me Page.

Sign up for Scouse Mr Darcy’s newsletter for exclusive updates, recipes and giveaways!

This website uses cookies to improve your experience while you navigate through the website. Out of these, the cookies that are categorized as necessary are stored on your browser as they are essential for the working of basic functionalities of the website. We also use third-party cookies that help us analyze and understand how you use this website. These cookies will be stored in your browser only with your consent. You also have the option to opt-out of these cookies. But opting out of some of these cookies may affect your browsing experience.
Necessary Always Enabled
Necessary cookies are absolutely essential for the website to function properly. These cookies ensure basic functionalities and security features of the website, anonymously.
Functional
Functional cookies help to perform certain functionalities like sharing the content of the website on social media platforms, collect feedbacks, and other third-party features.
Performance
Performance cookies are used to understand and analyze the key performance indexes of the website which helps in delivering a better user experience for the visitors.
Analytics
Analytical cookies are used to understand how visitors interact with the website. These cookies help provide information on metrics the number of visitors, bounce rate, traffic source, etc.
Advertisement
Advertisement cookies are used to provide visitors with relevant ads and marketing campaigns. These cookies track visitors across websites and collect information to provide customized ads.
Others
Other uncategorized cookies are those that are being analyzed and have not been classified into a category as yet.
SAVE & ACCEPT